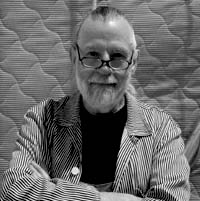 Ewerdt Hilgemann, born in Witten on February 21, 1938, is a German artist, currently living and working in The Netherlands.

From the beginning, elementary research has characterized Ewerdt Hilgemann’s work. After experiments with subtle, white wooden wall pieces catching light in the 1960s, he turned into a conceptual sculptor, using natural stone, as well as steel, geometrical shapes in series: positive versus negative.

In 1980 he introduced randomness and natural powers beyond his control in his working method. Much to his surprise, he found that also the unpredictable is subject to natural laws, to which he soon could adapt and anticipate.

Is there anything softer than air, more vital for human beings, breathing in and out? Yet, this same air is powerful and capable of pressure, folding large steel containers when the air is being evacuated. That force has become Hilgemann’s tool. 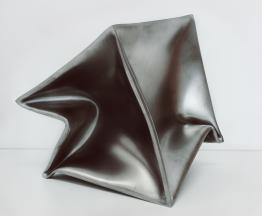