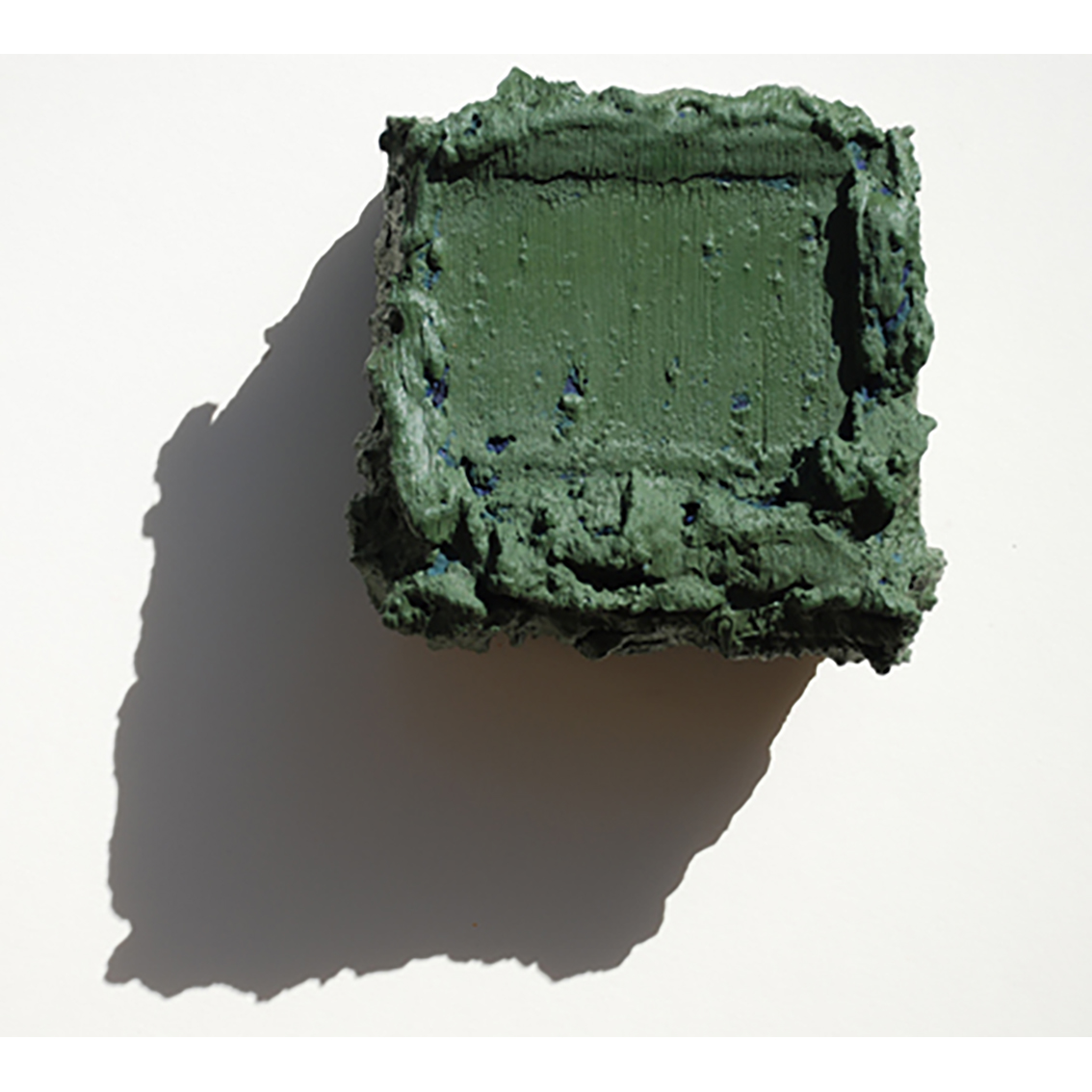 In this series there have been made a total of 180 Boxes.

All Boxes are made from several variations yellow green orange blue oil paint on concrete on wood.

Each Box is signed and numbered on the inside:

Each Box is numbered with Roman and Arabic numbers.

This particular Box is number: CCLIV 254

In this series the numbering goes from 1 until 400 although only approximately 180 Boxes have been actually finished.