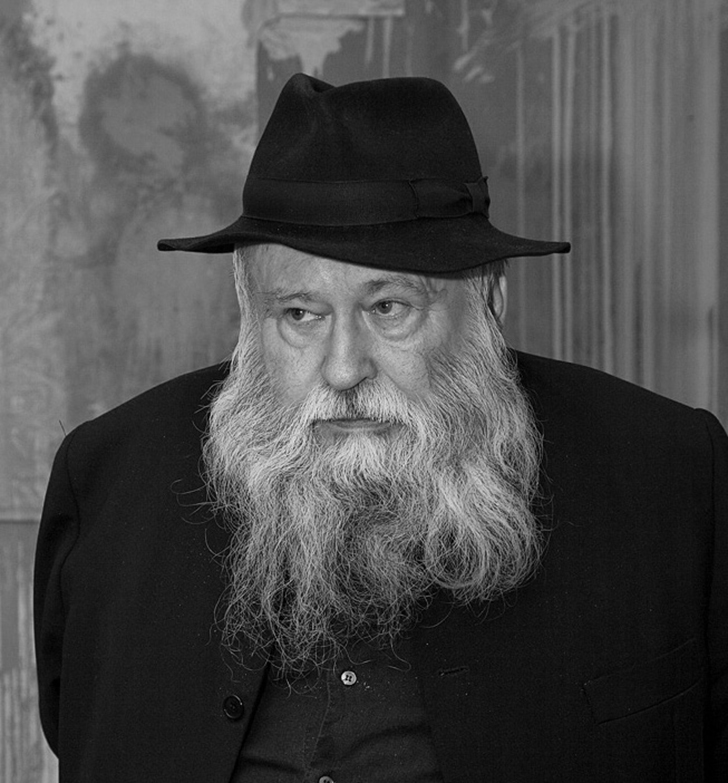 Hermann Nitsch, born in Vienna on August 29, 1938, is an Austrian avant-garde artist who works in experimental and multimedia modes. Nitsch received training in painting when he studied at the Wiener Graphische Lehr-und Versuchanstalt, during which time he was drawn to religious art. He is associated with the Vienna Actionists—a loosely affiliated group of off-kilter and confrontational Austrian artists that also includes Günter Brus, Otto Muehl, and Rudolf Schwarzkogler.

Nitsch's Orgies Mysterien Theater performances (or Aktionen, as he calls them) can be considered both ritualistic and existential. The scene is often involved with slaughters, religious sacrifices, crucifixion, as well as blood and flesh. The performances are also accompanied with music, dancing, and active participants. In his first Orgien Mysterien Theater performance, Nitsch and his friends used animal carcasses, entrails, and blood similarly to a ritual. The cloths, bandages and other fabrics used in these performances introduced Nitsch to the idea of making paintings. Most recently, he has exhibited his works during the Venice Biennale 2017 at the European Cultural Centre.